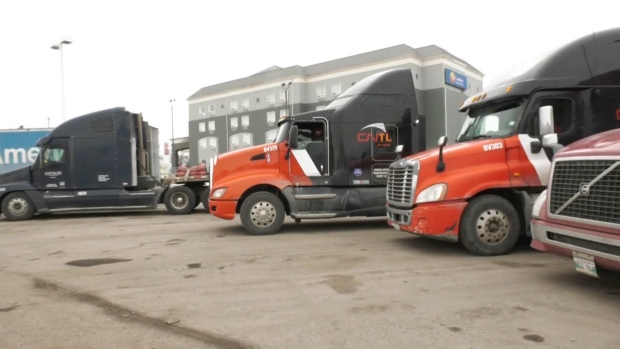 Canadian trucking associations have stood up against potentially mandatory COVID testing for truck drivers at the Canadian-US border due to concerns over shipping delays and access to the required technology.

Currently, non-essential travelers must provide proof of a negative COVID test within the last 72 hours in order to reenter the country, but truckers are exempt from this requirement due to their status as essential workers. However, as the Canadia government explores the idea of required COVID testing and contact tracing for any individual crossing the border, including essential workers, Canadian trucking associations are pushing back.

“We’re working very closely with the Public Health Agency of Canada and also with our provincial health authorities to [look] at implementing a system of regular testing to help protect those essential workers and truck drivers that are coming into the country and also to ensure that they’re not the source of any new infection,” said Canadian Public Safety Minister Bill Blair.

The Saskatchewan Trucking Association the Canadian Trucking Alliance have come out in support of voluntary COVID-19 testing of willing truck drivers, but are opposed to mandatory testing at the border, citing shipping delays as the main reason for their opposition.

“CTA is not supportive of mandatory Covid testing of truck drivers (at the border),” the CTA said in a released statement. The association also pointed out the “extremely minimal” spread of COVID among truck drivers, and the inability of many border crossing locations to successfully implement a testing system, let alone a system for refusing loads of drivers with a positive result.

Additionally, the potentially mandated testing and contact tracing would all be done through an app on a smart phone, and more than 20% of truck drivers do not have a phone with these capabilities.

“A conservative estimate of upwards of 20% of the cross-border truck driving community does not currently have access to smartphone technology, meaning alternative methods for complying with this potential requirement must be developed,” CTA says.

“I have received numerous calls and emails from members whose drivers have been told at various border crossings, by several CBSA border officers, that effective Monday they will need to submit their information via the app,” says Private Motor Truck Council of Canada president Mike Millian to CBC.

“When drivers have informed them they did not have a device to download the ArriveCAN app, they have been told they will be detained and fined.”

Millian also pointed out another instance highlighting this overlooked issue.

“When the driver told the officer [that] he did not have the ability to download the app, the officer told him that was his problem,” Millian said.

“Mandatory testing at the border can cause delays and potential fulfilment issues right across many sectors because trucking does support the entire economy,” said Jordan Ewart, said manager of policy and government relations to CTV News.

In their opposition, the trucking associations suggest that COVID testing centers be located away from the border, allowing willing truck drivers to be tested if desired.

“There’s virtually no barrier to access regular testing and as point of care testing gets deployed, they can use that more frequently,” said Saskatchewan’s chief medical health officer Dr. Saqib Shahab, who says he will also discuss these recommendations with the federal government.