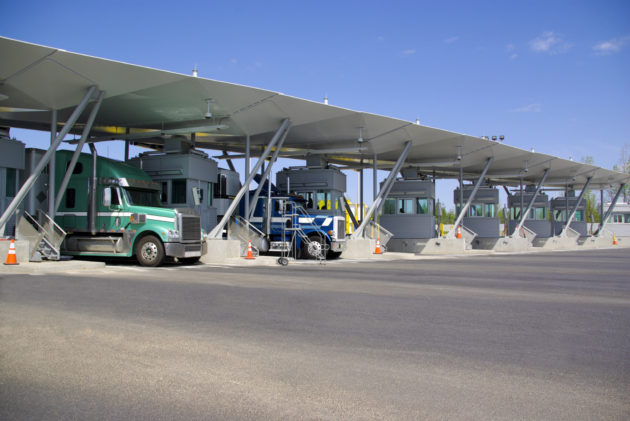 There has been a lot of talk lately about the sad state, or access to washrooms for truck drivers in Canada.

It is a huge problem but it doesn’t end there. Nor does it start there.

I was thinking about this as I bounced across our Trans-Canada highway the other day. So, I asked some others drivers these questions:

Why is it so much worse at truck stops here than in the U.S.? How many good truck stops are there in Canada? When I ask about good, I mean where can you find decent food, pumps that work, clean facilities and friendly service?

I’ll give you a hint. The responses were quite negative. No surprise, right? Again, I ask: Why is it so drastically different from Canada to the U.S.?

I was at a place in a small Idaho city and there were six employees working within my sight. For the same sized truck stop in Canada, that might be their entire staff.

One theory I’ve heard from others is the sheer number of trucks in the U.S. makes it easier for them to afford to offer better places, while the demand in Canada is lower, making it more difficult to justify the investment.

But truck stops in both countries have one thing in common. Every one fills up and drivers have a hard time finding parking. If the places are filling up, aren’t they getting enough business? So maybe it’s not that.

I had the owner of a franchise in Canada tell me he hated truckers. His margin was so poor, it wasn’t worth it for him to provide anything but fuel. Yet, his business keeps dwindling and another major player built beside him and fills up first. If the margins are so bad, why is he still in business? Why do others succeed? There must be money selling fuel, or no one would do it.

We have Flying J in Canada and a TA. Generally speaking, they are better than their competition in Canada, but they’re still not at the consistency of the U.S. brands. One shoutout here. The TA in Woodstock, Ont., ran Meals for Truckers a lot over this past year. Kudos to them!

In Canada we are locked into separate fuel cards from each supplier. We could conceivably need six fuel cards to drive across Canada. I’ve never carried fewer than three cards for Canada. In the U.S., I only need one card, two at the most.

This is what I think is the difference. If I don’t like the brand in one city in the U.S., I can go across the street and use the same card to buy fuel at the competition. If I’m in Winnipeg with the same scenario, I can’t do that. I’m locked into my supplier who provides my boss with the best pricing for Winnipeg.

There’s a place where I fuel that has four pumps. Rarely are they all working at the same time. The lineups and time to fuel is crazy, but I’m locked in. I’d be over at the competition in a heartbeat if I didn’t require another fuel card. So would most other drivers. The four-pump place would see business drop off and realize they better improve.

Why don’t we have the same system in Canada? Are there regulations prohibiting this? If someone with deep pockets started a credit system enabling drivers to fuel at any stop in Canada, I’d be all over my boss to sign up.

Let the truck stops fight for our business. It won’t totally fix the washroom issue, but I’m sure most places would improve their services.