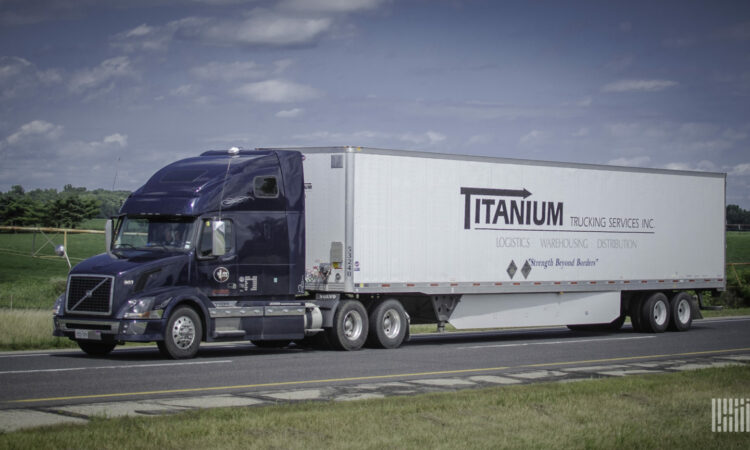 The Ontario-based company reported adjusted net income of CA$2.1 million ($1.66 million), or 6 cents per share, on CA$65.9 million in revenue. Fourth-quarter revenue came in 52.1% higher than a year ago, while net income came in more than 600% higher.

Earnings before interest, taxes, depreciation and amortization (EBITDA) rose by 46.2% to CA$6.5 million compared to a year earlier.

The strong finish set the stage for what is shaping up to be an even bigger year. In February, Titanium made its biggest acquisition to date, buying fellow Canadian trucking and logistics firm ITS in a deal that nearly doubled its fleet size and elevated it to among the largest in Canada.

“We’re expanding aggressively into the U.S,” Daniel told financial analysts on Wednesday during. a conference call to discuss the results.

With the additional growth engines in place, Titanium reiterated its 2021 guidance. It expects revenue will hit CA$330 million for the full year — a 66% increase over 2020’s record CA$200 million.

How Titanium fared during Q4

Titanium’s logistics segment, consisting of brokerage businesses in Canada and the U.S., stole the show for yet another quarter. Revenue increased by almost 123% to CA$40.4 million — which included CA$24.2 million from its U.S. brokerage business — while EBITDA jumped 286% to CA$3.3 million.

The Canada-based cross-border trucking business continued to hold steady. Revenue increased by 1.9% to CA$40.4 million, while EBITDA declined by 4.9%.