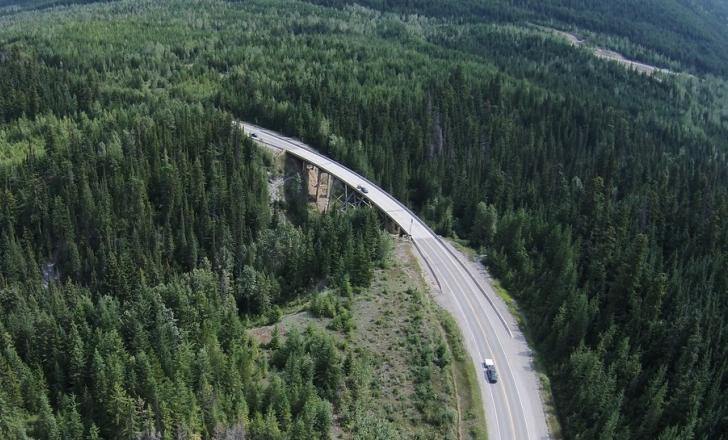 The British Columbia government has awarded Pennecon Heavy Civil a contract to replace the aging two-lane bridge at Quartz Creek with a new four-lane bridge.

The US$48.6 million contract includes widening 4.4km of the Trans-Canada Highway from two to four lanes.

The Trans-Canada Highway – Highway 1 – is a major cross-country truck route and heavily used by tourists especially in summer. The new bridge will be 185m long stretching across the deep gorge of Quartz Creek.

Construction will begin this spring and is anticipated to be complete in late spring 2024.

“Once the new bridge is constructed, it will improve efficiency for everyone who travels in the region and for businesses using this important trade corridor,” said Rob Fleming, the provincial government’s minister of transportation and infrastructure.

Last year the province committed more than US$789 million over three years to upgrading Highway 1 between the city of Kamloops and the border with the province of Alberta, a route through the Canadian Rocky Mountains. The Quartz Creek Bridge is in the central West Kootenay region of the province and the river was heavily mined for gold during the 1860s.

The total budget for the Quartz Creek Bridge project is around US$98.6 million with the federal government of Canada contributing nearly US$40 million through the New Building Canada Fund-Provincial Territorial Infrastructure Component-National and Regional Projects. British Columbia is providing US$58.8 million.