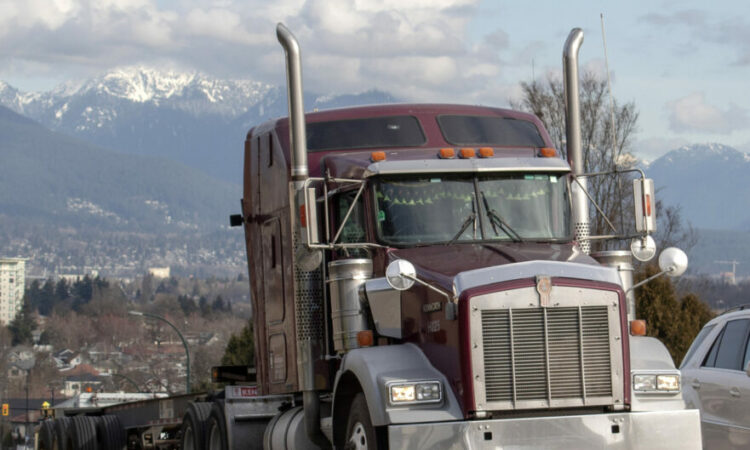 The 140-hour training requirement is the highest in the country.

The new requirements will go into effect Oct. 18, 2021, and list of approved training providers will be released and posted to dtcbc.com by mid-June, the province announced. Other requirements include air brake training as well as six hours of mandatory flexible practical training.

The Ministry of Transportation and Infrastructure said the course requirements will exceed those of the National Safety Code Standard and will emphasize safe operating in B.C.’s mountainous geography and diverse climate.

“Having mandatory entry-level commercial vehicle training will result in better-trained new drivers and improved road safety for everyone in British Columbia,” said Rob Fleming, Minister of Transportation and Infrastructure. “We’ve worked collaboratively with the trucking industry to create a new MELT program for B.C. that will strengthen the industry and prepare drivers to operate safely across B.C.’s challenging climates. This training will ensure new commercial drivers are trained to a higher, consistent standard.”

The province borrowed best practices from other Canadian jurisdictions.

“Mandatory training for those operating the largest vehicles on our roads will improve safety across B.C.,” said Minister of Public Safety and Solicitor General Mike Farnworth. “MELT is a vital step to furthering the success our province has seen in reducing traffic fatalities in recent years.”

The Insurance Corp. of B.C. will oversee the MELT program. The new training requirements were welcomed by Safer Roads Canada.

“Safer Roads Canada is pleased to see British Columbia join the other western provinces in rolling out a MELT program that takes into account the challenging driving conditions and terrain in this province, including winding, narrow mountain passes and icy highways,” said Lawrence and Ginny Hunter, Safer Roads Canada board members, whose 18-year-old son Logan was fatally injured in the 2018 Humboldt Broncos bus crash. “We hope this program succeeds in putting better-skilled new drivers on Canada’s roadways so future tragedies can be prevented. This is a step in the right direction in recognizing the challenging conditions these workers face every day on our roads.”

And Dave Earle, president of the B.C. Trucking Association also commended the province for bringing in tougher training requirements.

“MELT will improve the behind-the-wheel driver training for people before they become commercial drivers, which will ultimately improve safety on our roads,” he said. “Creating a higher standard of competence before people can be licensed will help improve driver decision-making, leading to fewer mistakes on the road. The BCTA is supportive of this positive move by the provincial government, as the new driver training program will benefit us all.”

More details on the requirements can be found here.