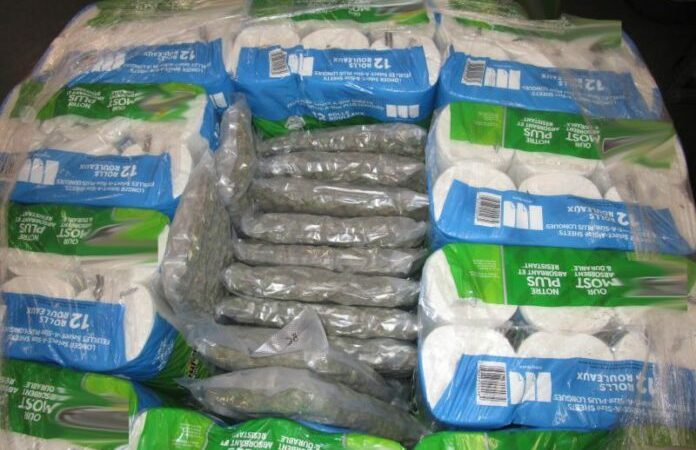 More than 100 pounds of marijuana were seized from a semi truck in New york on Friday.

The contraband was discovered on March 26th at the Peace Bridge Cargo Facility in Buffalo, New York.

According to Shore News, the semi truck documented as hauling paper towels and dishwasher detergent was selected for additional examination as it attempted to cross the checkpoint. The non-intrusive further inspection revealed “anomalies” inside of the trailer, prompting even further investigation.

A Border Protection K9 then alerted to one of the pallets inside the trailer, leading to the discovery of 1,227 pounds of vacuum sealed packages of marijuana.

The packages have an estimated street value of $2.4 million.

“Nefarious actors go to great lengths to smuggle illegal contraband into the United States,” said Acting Buffalo Port Director Gaetano Cordone. “The dedicated and hardworking staff at the Port of Buffalo continue to successfully use their training and expertise to protect our great Nation.”