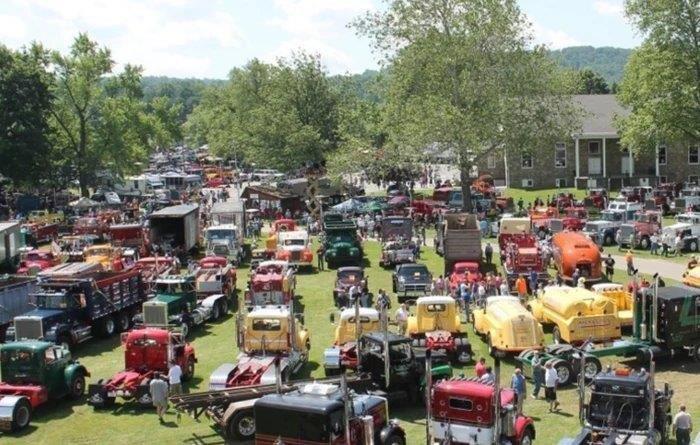 About a year ago, a collective groan rippled through the U.S. trucking community when it was announced that one of its most popular gatherings would not be held, a victim of the ever-deep[ening COVID-19 coronavirus pandemic.

But, now, with the number of Americans being vaccinated growing and states and communities bit by bit reopening and allowing mass gatherings, the Antique Truck Club of America’s annual national meet returns to Macungie, Pennsylvania next month. And, this year’s gathering will have added significance as ATCA celebrates its 50th — or as the club likes to call it, the semi-centennial, with the emphasis on “semi” — anniversary as an organization.

For certain there will be some mandatory health precautions in place, but Macungie, as the show is known among its loyal fans, is back. And, it’s the subject of the current issue of the Truckers News Podcast.

Organizer and Mack Museum Curator Doug Maney talks about the show, the trucks that’ll be there, and one big part of the event that won’t be happening this year.