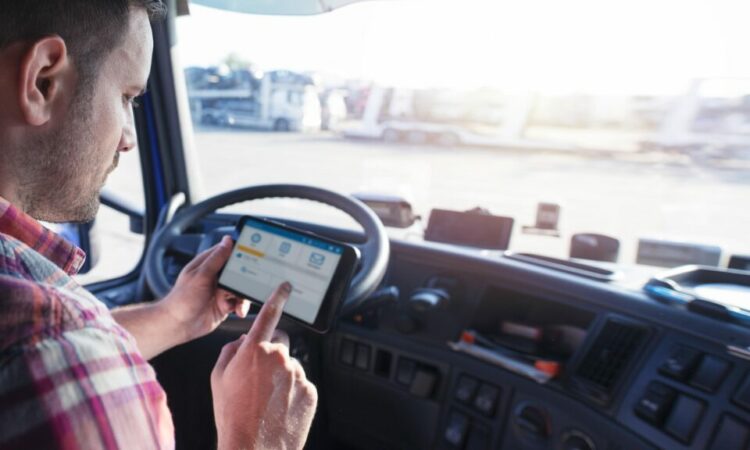 What if a federal regulation was passed, and no one complied? That’s the awkward situation the industry finds itself in, with the Canadian electronic logging device (ELD) mandate that took effect June 12.

Canada’s ELD mandate requires carriers to use a third-party-certified ELD, a list of which will be posted to Transport Canada’s website. However, no devices have been approved to date. That doesn’t mean the regulation is being postponed. It just means there will initially be no way to comply.

A 12-month phased-in enforcement approach was announced by the Canadian Council of Motor Transport Administrators (CCMTA) in May, assuring no fines or penalties will be handed out when the regulation takes effect June 12.

FPInnovations is the sole organization responsible for certifying ELDs for use in Canada. While that process is underway, it’s not clear when devices will secure their approval. It’s a source of frustration for Mike Millian, president of the Private Motor Truck Council of Canada (PMTC) and a vocal critic of the process.

“As of June 12, there will not be one single carrier in this country who is compliant with the federal ELD mandate, and not one truck in Canada – according to the definition of an ELD by Transport Canada – will have an ELD in it,” he said.

“Not one Canadian truck will have an ELD on June 12 according to our regulations. Any device that is not on Transport Canada’s approved list of devices is considered an ERD [electronic recording device]…which is not a compliant ELD.”

The Canadian Trucking Alliance (CTA) wanted full enforcement of the mandate to begin June 12, but acknowledges complications and delays related to Covid-19 have required a 12-month phased-in enforcement period to be implemented. However, it is pushing for full enforcement in June 2022, and expects verbal and written messages to be conveyed by enforcement immediately once the mandate goes into effect.

“Progressive enforcement announced by Transport Canada and CCMTA over the next 12 months will allow compliant companies to effectively transition from paper logbooks to third-party ELDs. CTA believes that progressive enforcement over the next 12 months should not be limited solely to education, but that written warnings and, eventually, penalties be strongly considered as we get closer to June 2022 to ensure non-compliant carriers in our industry…are closely scrutinized throughout the next year and are compelled to fully comply with all the ELD requirements not a day after June 2022.”

He added: “CTA’s position is simple: In June 2022, there will be no excuses for a driver, a trucking company or anyone in the supply chain to misunderstand the requirements of compliance and no reason for provincial and territorial governments not to enforce the full extent of the ELD rule on federally regulated carriers.”

Millian worries about penalties, and even warnings, being issued over the next year.

“We feel any possibility of issuing warnings should not occur until at least six months after a fulsome list of devices has been approved and listed on Transport Canada’s list of approved devices,” he said in a press release. “Zero is obviously not a fulsome list, and industry needs at least six months to transition after an adequate list has been provided. We are advocating for education and awareness only, with no warnings, until at least June 12of 2022.”

Both the PMTC and CTA support the third-party-certification of ELDs, to weed out systems that can be manipulated. CTA is confident the first such devices will be approved in the coming weeks. Carriers should be in contact with their ELD vendors to ensure the product they use today will be certified, Millian points out.

Those not currently using an ELD should be researching devices, ensuring they will be submitted for certification, and developing an implementation plan.

“If signing a contract with a new supplier before they are on the approved list, ensure you have a clause in the contract that protects you if their device is not ultimately certified,” Millian suggests. “Remember, you as the carrier are the one who will be fined and possibly placed out of service once enforcement of the regulation takes hold.”

Jacques DeLarochelliere, president of Isaac Instruments, told Today’s Trucking the certification process is taking longer than the six to eight weeks first expected, but that’s proof the system is working. Some devices are being sent back for minor revisions based on interpretations of the standard, but he said FPInnovations’ precision will block non-compliant devices from receiving approval, which was the intent of the certification process.

“It’s not going to be long,” he said, when asked when the first devices will become certified. “The process is longer than we thought, but no one is to blame. FPInnovations has shown great knowledge of the space and respect for the process. They don’t have much room for flexibility and that’s OK. It’s a very stringent, very strict process.”

DeLarochelliere is confident that by late summer the dominant players in the Canadian market will be certified, giving the industry more than six months to comply before full enforcement begins next June. They should be able to push updates to existing devices remotely, simplifying the compliance process for fleets.

“I am pretty confident in the process and the industry is going to have coverage,” he said. “The process was supposed to be six to eight weeks – it’s way more than eight weeks. It’s not derailed, it’s not broken. It’s a strong process and it only shows that there are systems out there that needed work to be compliant.”

When ELDs do become certified, a table of approved devices will be published here.