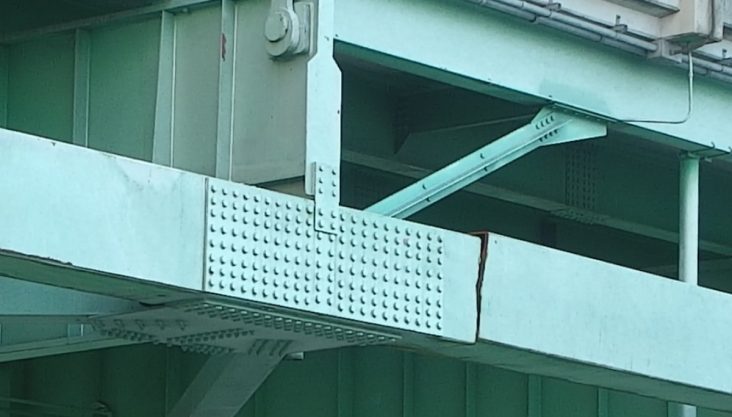 There is one place in the western hemisphere where north meets south and east meets west from a goods distribution perspective. Interstate 55, which connects Canada to Mexico, and Interstate 40, which connects the west coast to the east coast, meet in West Memphis, the largest city in Crittenden County that abuts the Mississippi River.

When the I-40 bridge, the busiest freight carrying bridge in the U.S. was shut down May 11 after a fracture was discovered in a primary support beam, the flow of goods came to a standstill. Despite efforts to re-route traffic onto the I-55 bridge, the economic consequences to West Memphis have been devastating, West Memphis Mayor Marco McClendon told Talk Business & Politics.

The life blood for most cities in Arkansas – sales tax receipts – has plummeted in the city since the bridge closure. West Memphis tallies about $1.5 million per month in sales tax collections, but since the closure that number has dropped by more than 25%, according to figures released by the city.

“Our city didn’t ask for this … there’s no question this is hurting us,” McClendon said.

A lot of those losses can be attributed to a decline in the number of people visiting the city’s top tourist attraction, Southland Casino, the mayor said. Highways and streets throughout the city have been choked by the high volume of vehicles trying to get around and it has caused many tourists to avoid the city, he said.

As many as 60,000 vehicles a day travel in or around the city and many of them are large trucks moving products across the country. There are several large truck stops in the area and their fuel receipts have dramatically dropped. One truck stop is losing up to $14,000 per day in fuel sales, according to the city. McClendon said he thinks truckers are either fueling up before or after they get to the I-55 bridge.

Another source of sales tax bleed is the Downtown Memphis residential community. For many that live in the downtown area it’s quicker and easier for them to shop in West Memphis. Because of the grinding traffic, businesses are losing those consumers, and the mayor fears if the bridge is shut down for an extended amount of time, those consumers will stop coming to Arkansas to shop.

“People are creatures of habit, and it doesn’t take long for them to change their habits … we don’t want that to become a permanent thing. It’s a real concern for us,” he said.

A timetable for completing repairs to the I-40 bridge, also known as the Hernando de Soto Bridge has not been released. The Arkansas Department of Transportation (ArDOT) is responsible for inspecting the 3.3-mile bridge. It carries more than 41,000 vehicles a day, according to the Tennessee Department of Transportation (TDOT), which is charged with making repairs to the bridge.

Some estimate the work will extend to the end of July. The mayor said he’s been told it could be August before the work is complete, but he’s not sure how reliable any estimates are at this time. How much it will cost to repair the bridge has not been released.

The Arkansas Trucking Association estimates the closure will cost the trucking industry $2.4 million a day as traffic has to be routed elsewhere.

“Using GPS data, we can discern that a previous 8-minute drive is now averaging 84 minutes. This additional transit time at $1.20 a minute for 26,500 trucks is costing the trucking industry more than $2.4 million each day that the bridge is closed,” said Shannon Newton, president of the Arkansas Trucking Association.

“Freight is like water,” Newton said. “It will continue to flow. Our industry will continue to make deliveries. But if the additional expense is prolonged, it is likely to be passed on to consumers.”

In recent weeks, several steps have been taken to ease the traffic flow in the area.

The plan is to reduce merging points, which is anticipated to reduce conflicts and improve traffic flow, according to ArDOT.

One problem that has crept up is the number of vehicle crashes on the highway, the mayor said. Wrecks on either highway were relatively rare but since the closure, the number has increased to up to 13 a day. Most are minor fender benders, but each causes traffic to slow, he said. Emergency vehicles and equipment have been deployed to deal with wrecks as quickly as possible.

Another problem the city is facing is the number of large trucks and vehicles that have been driving on city streets. Many of the streets are not designed to handle that kind of traffic and the amount of damage caused has been enormous, he said.

West Memphis cannot afford to repair and replace all the streets that have been damaged by the changing traffic flows and the loss of local tax revenue is compounding the problem. McClendon said he has reached out to the governor’s office and will reach out to federal officials for funds to help repair city roads.

“We’ve got to find money to fix these problems,” he said.

It’s been a rough first term for McClendon since he took office in 2019. He’s had to battle the COVID-19 pandemic, the bridge closure, and he’s been in charge of a massive, $30 million drainage project in the city. Despite these headaches, he said he doesn’t have time to think about himself. One day he was talking to a lady who works 10 minutes from her home. Due to the traffic pattern changes, it can take her up to an hour to get home now, he said.

“I try to encourage our people. I know a lot of them work hard, are tired and at the end of the day they just want to get home,” he said.