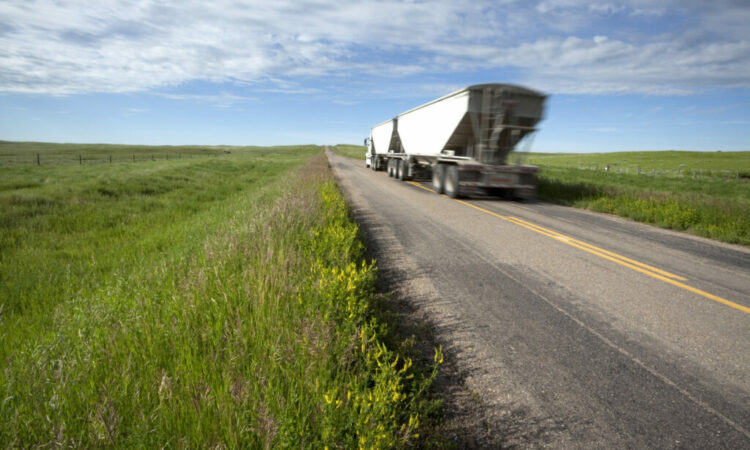 Federally regulated carriers will need to equip trucks with electronic logging devices (ELDs), but at least one jurisdiction doesn’t seem to be in any rush to require the technology in trucks that operate exclusively within provincial borders.

A statement from the government of Saskatchewan appears to support the continuing use of paper logbooks in such situations.

“Carriers operating solely within provincial boundaries are not subject to the federal regulations. Saskatchewan’s paper-based system has worked well and will continue to be in effect to ensure we monitor driver fatigue and ensure safety,” a Saskatchewan Ministry of Highways spokesman said, responding to questions from Today’s Trucking.

“There are differences between the federal and provincial hours of service regulations. Saskatchewan is a smaller market. It’s unclear at this time if a manufacturer would be interested in programming an ELD that conforms to the Saskatchewan regulations, instead of the federal ones.”

Today’s Trucking asked for clarification after learning a government official had reported during a recent industry meeting that Saskatchewan was not looking to require intra-provincial carriers to use ELDs.

The Saskatchewan Trucking Association (STA) has had “multiple conversations” with the ministry about possible changes to provincial Hours of Service rules that would lead to an ELD mandate, says STA policy analyst Jordan Ewart.

“Saskatchewan’s culture of safety in trucking has never been more important. Ensuring carriers are adopting new measures and are subject to a level playing field is crucial to promoting the highest level of safety in our province,” he adds.

When highlighting plans to mandate ELDs, federal officials have on several occasions cited a fatal truck-bus crash involving Saskatchewan’s Humboldt Broncos hockey team. That crash, which killed 16 and injured 13, took place in April 2018 at the intersection of Saskatchewan highways 35 and 335 in Tisdale

Sukhmander Singh, the owner of Alberta-based Adesh Deol Trucking, was cited for failing to maintain Hours of Service logs, not ensuring drivers complied with safety regulations, and maintaining more than one log for a given day. Driver Jaskirat Singh Sidhu pleaded guilty to 29 counts of dangerous driving causing death or bodily injury.

Saskatchewan’s coroner made six recommendations following the crash. Among them was a call for Transport Canada to continue developing regulations to improve national safety codes relating to driver training and electronic logging devices.

To date, provinces and territories have yet to introduce ELD mandates that would apply to intra-provincial trucking operations. However, each jurisdiction has committed to enforcing the federal mandate when it comes to federally regulated carriers.

Transport Canada’s mandate for federally regulated carriers – those that cross provincial, territorial, or international borders during their trips – came into force June 12. But the Canadian Council of Motor Transport Administrators (CCMTA), which includes representatives of every province and territory, has over the next year committed to focusing on education and awareness without penalties.

Any ELDs used to meet the federal mandate must be certified as meeting technical standards. FPInnovations and CSA Group are the only certification bodies named so far, and no devices have been approved to date. ELD suppliers self-certify devices used to meet a similar U.S. mandate.