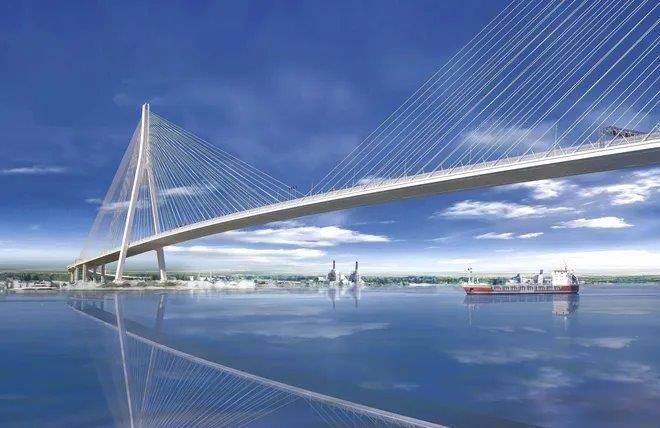 Innovative technologies are anticipated for the Gordie Howe International Bridge, which is expected to be open by the end of 2024.

Details have yet to be confirmed but seamless functions for commercial and passenger users is a critical aspect of the bridge design, said Mark Butler, communications director for the Windsor Detroit Bridge Authority.

Features so far include dedicated truck lanes on the bridge and points of entries; driver-friendly road lighting; safety design accommodations such as dealing with truck breakdowns with minimal impact on traffic flow, and an on-site weather monitoring station for notifications of weather conditions, Butler said.

“Tolling will include manual, automatic and electronic lanes,” Butler said in an email. “The bridge and (ports of entries) will be equipped with ‘smart’ technology. WDBA anticipates the use of intelligent video to monitor traffic and provide enhanced security features. A system with automated incident detection capabilities plus lane control and traveler information systems could be used to help ensure safe passage,” Butler added.

Other technology and design highlights Butler shared include:

Construction is continuing on the bridge’s four components: the bridge span, Canadian port of entry, U.S. port of entry and the connection to I-75. The 1.5-mile-long cable-stayed bridge connecting Detroit and Canada will include six lanesfor vehicles, plusa multiuse toll-free pathway for pedestrians and cyclists. Work on the bridge deck is expected to begin in 2023, Grondin added.

“This makes the Gordie Howe International Bridge the longest cable-stayed bridge in North America, and fifth longest in the world,” said Heather Grondin, the authority’s vice president of corporate affairs and external relations, at a Tuesday meeting announcing construction updates.

Crews are also working on modifying ramps on I-75 between Springwells and Clark Streets to connect to the U.S. port of entry.

The bridge authority announced recipients of its community benefits program last week, handing $50,000 to several Detroit-based organizations serving residents in the Delray and southwest neighborhoods and another $50,000 to Canadian groups.