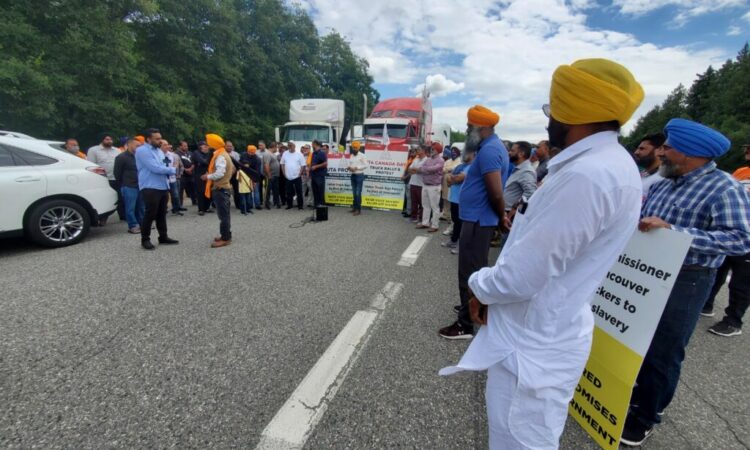 The Vancouver Fraser Port Authority has defended its truck age policy after local truckers held a rally on Canada Day, to protest the restrictions.

The port authority said in an email, “While we respect the right to a peaceful protest, the port authority has a federal responsibility to ensure the safe and efficient movement of Canada’s trade through the port, while protecting the environment and considering the local communities.”

About 200 trucks rolled from Surrey to downtown Vancouver in a rally organized by the United Truckers Association (UTA) to highlight the “unfair and biased policy” that will prevent trucks more than 10 years old from entering the port in 2022.

The port authority said, “The rolling truck age program is a policy that was first announced several years ago, providing considerable notice for the industry to prepare for these changes. This program was introduced in alignment with our work to reduce the environmental and health impacts of port operations on communities.”

From next year, only truck models from 2012 or newer can be operated at the port.

UTA spokesman Gagan Singh said the group will launch legal action before the end of July. He said the government of British Columbia has the right to impose restrictions on the age of trucks, not the port authority.

The Vancouver Fraser Port Authority is the federal agency responsible for the over-arching stewardship of the lands and waters that make up the Port of Vancouver, the authority said in the email.

“It looks like they are trying to kick out the small owner operators from the system and bring in bigger companies.”

“It looks like they are trying to kick out the small owner operators from the system and bring in bigger companies,” Singh said.

He said the larger companies can lease trucks and run the vehicles in two shifts, which owner operators cannot do.

He said about 800 owner operators will be affected by the policy, about 400 of whom will feel the impact immediately.

Singh said, “Truck owners are frustrated, they are not making money that used to earn before Covid hit. It is not feasible for local truckers to operate new trucks.”