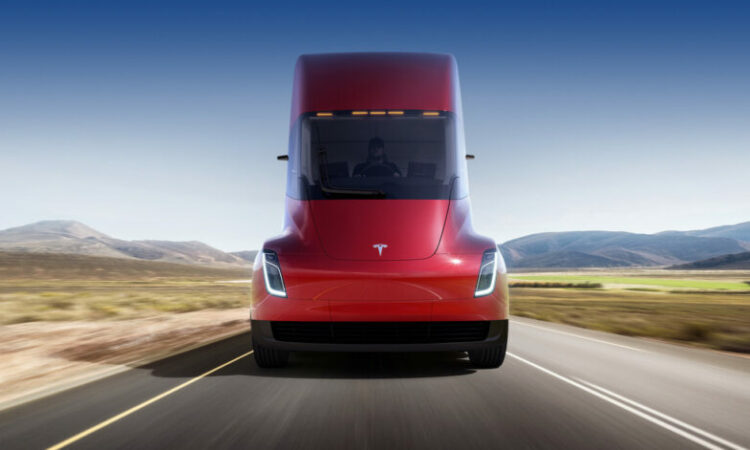 About two million 18-wheelers in the U.S. move more than 70 percent of the nation’s goods – over 12 billion tons – from place to place every year. Canada relies on trucking, as well, with about 200,000 truckers moving 90 percent of Canada’s goods across country.

Not exactly strangers to trucking, my wife and I have driven a 48-foot horse trailer from Vernon to Florida and back every year for ten years…more than 60,000 miles in our own big rig.

We’ve seen almost everything you might expect. Drivers of vehicles large and small doing crazy things…pulling in too close and slow…weaving because they were texting or eating…reading a book…and, yes, even sleeping.

I’m guessing we’ve had 50 or more near misses over the years…at least half of them big rigs. Our truck and horse trailer – fully loaded – weighs about 35,000 pounds…and a mistake – ours or others – doesn’t result in a mere fender bender.

Mishaps with big rigs are all most always catastrophic. That’s one reason we have three train horns mounted atop our Ford…and believe me…they can wake the dead. We trade off driving duties – every three hours – the entire trip…roughly 5,000 kilometres over five days.

Just like professional truck drivers…we check lights, wheels and tires every time we stop for diesel and overnight. We do our best to limit mistakes, but we’re human…and lapses happen…sometimes at 110 km/h. We’ve both dozed…and crossed the centre line before changing seats.

But there are some changes on the horizon for trucking….and that horizon is a lot closer than most of us thought. Autonomous trucking – like an incoming tide – is inevitable. Some semi-trucks are already on the road…daily…rigorously testing for safety and efficiency. It’s not too early to say…that in another three or four years, Bonnie and I will regularly pass or be passed by driverless semi-trucks coming and going between Florida and British Columbia.

One of the biggest new players in autonomous trucking is a company called TuSimple, a start-up that’s heavily bankrolled to the tune of more than $14 billion dollars…quite a tune. Headquartered in San Diego, but with the bulk of its semi-truck operations in Arizona and Texas, TuSimple currently offers a Level 4 autonomous solution. That means it can drive and monitor its environment, but the automated system operates only under certain conditions…with a human driver onboard as back up.

Actually, there are six levels of autonomous driving, according to the Society of Automotive Engineers. Starting at 0, which means no self-driving ability at all, the levels progress to Level 1, which means there is some driver assistance, like cruise control. Level 2 means the vehicle can steer and accelerate and brake, but a driver must still be ready to take the wheel. Level 3 and above are fully autonomous, but with human override capability a possibility until you get to Level 5, the top of the food chain in autonomous driving, which operates completely without a human onboard.

TuSimple – along with competitors Plus and Embark – believe thousands of driverless trucks will be crossing the U.S. by 2024. TuSimple has 50 trucks in operation now, but has reserved 7,000 trucks – mostly by Navistar with maintenance contracted through Ryder Trucks – by 2024.

So, what are the advantages of autonomous driving trucks? For one, the trucks don’t need to accommodate safe driving limitations for humans. A recent 951-mile delivery of produce from Nogales, AZ to Oklahoma City, OK took 14 hours and six minutes…10 hours faster than a human driven truck. A four-day coast-to-coast freight shipment becomes a two-day event…saving time and money.

TuSimple and others use artificial intelligence (AI) to improve safety by allowing the truck to see up to 1,000 meters ahead. The trucks can locate objects at night – even in bad weather – and gathering unparalleled levels of data can simulate virtually any conditions and alternatives. The bottom line is that it is safer – about 15 times better than a human driver – on top of being a huge time and money saver.

There are about 5,000 deaths each year from trucking accidents, according to the National Highway Traffic Safety Administration, and TuSimple and other autonomous truck driving companies claim their trucks will save thousands of lives. You won’t see TuSimple trucks weaving in lanes or making dangerous sudden moves…the trucks’ computers – backed up and hack-proof – roll along perfectly…ready for any emergency.

Those worried about truck drivers being put out of business shouldn’t be, according to autonomous driving experts. There’s a shortage of drivers…a condition that has existed for years. But, TuSimple and others, insist autonomous driving will create more jobs…from maintenance to logistics. Besides, all drivers won’t disappear in a single year…but over a decade or more, according to those pioneering the new driverless trucks.

Opponents of autonomous driving trucks attack claims of safer more efficient trucking, but TuSimple and its competitors appear to be winning that battle based on – wait for it – facts.

So, I don’t know when we’ll see our first driverless truck on the Interstates between Florida and British Columbia…but Bonnie and I welcome it. Quite frankly, I look forward to seeing one pull into a truck stop for diesel. And believe me, if the cost comes down from the current $250,000 price tag for an equipped tractor trailer…well, maybe Bonnie and I will fly back and forth…and await our truck full of horses. After all, if we can replace drivers…I’m sure the technology exists to make automatic horse waterers and feeders no problem.