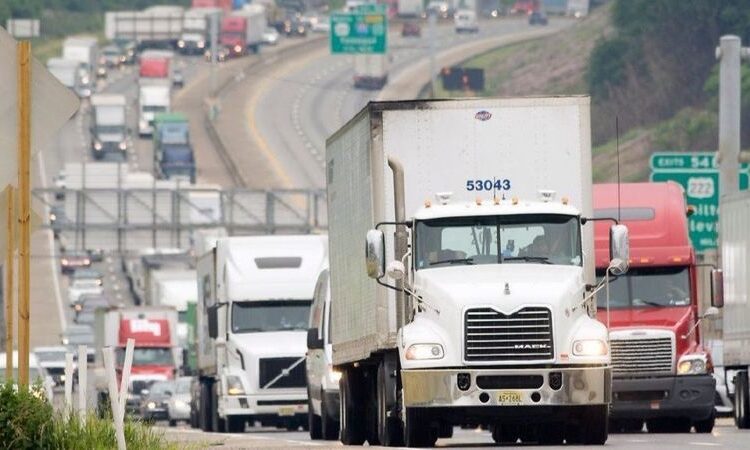 A new weapon in the fight against human trafficking was unveiled yesterday in Mississauga.

An online training resource established, in part, by the Women’s Trucking Federation of Canada (WTFC) is being provided to truckers who travel the 400-series highways and QEW in Mississauga, in addition to other highways across Ontario and Canada, so they can help battle the crime.

Mississauga Centre MPP Natalia Kusendova, on hand at Celebration Square in the City Centre for the announcement, said the 400-series highways are hotbeds of trafficking movement, allowing traffickers to quickly move victims between cities and towns across Ontario.

Through the online program, truck drivers are being shown what to be on the lookout for as they travel highways in the GTA and beyond.

Kusendova added truckers, who are on the front lines of the highways, can play a crucial role in identifying signs of human trafficking.

Mississauga Mayor Bonnie Crombie, who was also joined by Ontario Transportation Minister Caroline Mulroney and Peel Regional Police Chief Nishan Duraiappah for the announcement, tweeted: “This is an important initiative that will help protect many young Ontarians.”

WTFC CEO Shelley Uvanile-Hesch said the “survivor-led human trafficking online training for professional drivers” will show truckers what to look for and how they can help.

The WTFC has used $47,000 in provincial funding and support from the Trucking Human Resources Sector Council-Atlantic to establish the training, which will be available through providers such as CarriersEdge and the Ontario Safety League.

In offering its support, the Ontario Trucking Association says it will get the online training information to its 100,000 or so drivers.

Emergency virtual support for trafficking victims and free information to help them re-integrate into society are also part of the online resource.

The initiative is one of several across North America that educates truck drivers about the signs of human trafficking and how they can report the illegal activity. Rather than confront traffickers, drivers are instead shown how to collect vital information such as vehicle descriptions and licence plate markers, or even take photos if it’s safe to do so.

Truckers with information are then asked to call police or an anti-human trafficking hotline at 1-833-900-1010.