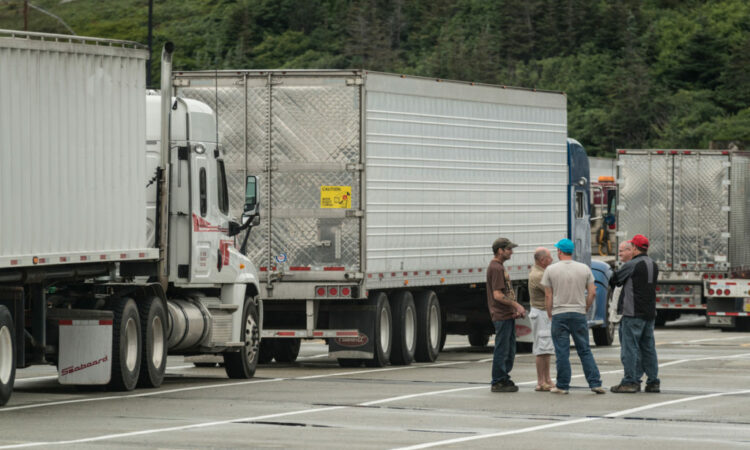 About 18,000 of Canada’s truck driving jobs were vacant in the second quarter of 2021, leaving 72% of surveyed employers to identify driver recruitment as a significant business challenge.

While the number of vacancies is expected to ease somewhat after 2021, Trucking HR Canada projects the industry will annually face 17,230 truck driver vacancies in coming years.

About 40% of employers surveyed by Trucking HR Canada said current business activity was higher than pre-pandemic levels, while 2/3 were unable to hire all the people they needed in the past year. Fleets reported they receive few applications for vacant driving positions, and the applicants who respond rarely have the training and experience needed to start immediately.

About 1/3 of surveyed employers said retirements and voluntary turnover had also increased during the pandemic.

While women account for 3.7% of truck driving jobs, they represented 15.9% of the drop in employed truck drivers during the second quarter. Most of those who lost their jobs also left the labor force, although the share of female drivers recovered to pre-pandemic levels by June.

“Our labor shortages impact critical sectors of the Canadian economy, and as we have seen in other parts of the world, a strong trucking and logistics sector is needed to support supply chain stability.” Trucking HR Canada CEO Angela Splinter said in a related press release. “Failure to better address the acute shortage of truck drivers has the potential to stifle and delay the country’s economic recovery.”

The facts emerged against a backdrop of an acute driver shortage in the U.K., where panicked consumers have been draining fuel stations dry.

“While the causes of the U.K. driver shortage are nuanced and context-specific, the ‘perfect storm’ represented by the crisis raises important questions about the driver shortage in Canada,” the updates notes.

“In Canada, labor shortages in trucking and logistics are an ongoing and growing concern.”

As an example, Trucking HR Canada cites Forest Products Association of Canada estimates that the driver shortage cost its industry sector about $450 million in lost productivity.