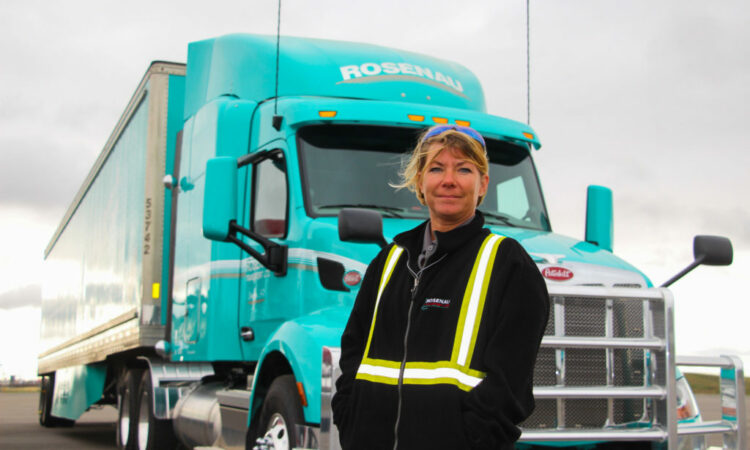 General Logistics Systems (GLS), a subsidiary of Britain’s Royal Mail, is acquiring Rosenau Transport – one of Alberta’s most prominent carriers.

The $360-million deal gives GLS Canada both a national network and a link to existing operations on the U.S. West Coast.

GLS Canada emerged in 2018 through Royal Mail’s acquisition of Dicom in another $360-million deal, and today it operates two hubs and 27 depots with 1,400 employees.

Mid-Nite Sun Transportation, which operates as Rosenau Transport, is controlled by members of the Rosenau family and the fleet’s management team.

Rosenau Transport generated $175 million in the 12 months that ended Aug. 31, and has an operating profit margin in the mid-teen percentages, the companies say.

The deal is expected to close Dec. 1, subject to closing conditions and regulatory approvals.

Canada has a combined parcel and freight market worth $25 billion, growing about 5% per year, GLS says.

“The combined networks of GLS and Rosenau Transport will allow us to offer a comprehensive Canadian solution to better serve our clients,” said Ken Rosenau, president of Rosenau Transport since 2016. He’s the third generation of the family to lead the business.

Rick Barnes, president of GLS Canada, said the two regional carrier networks will offer direct service to most cities and towns in Canada.

“With its strong presence in Western Canada, high quality, entrepreneurial culture, as well as freight capabilities and parcel potential, Rosenau Transport’s model is similar to our existing Canadian business and provides an excellent fit,” said GLS CEO Martin Seidenberg. “I look forward to welcoming Ken and the Rosenau Transport team to GLS and capturing the significant opportunities ahead of us.”