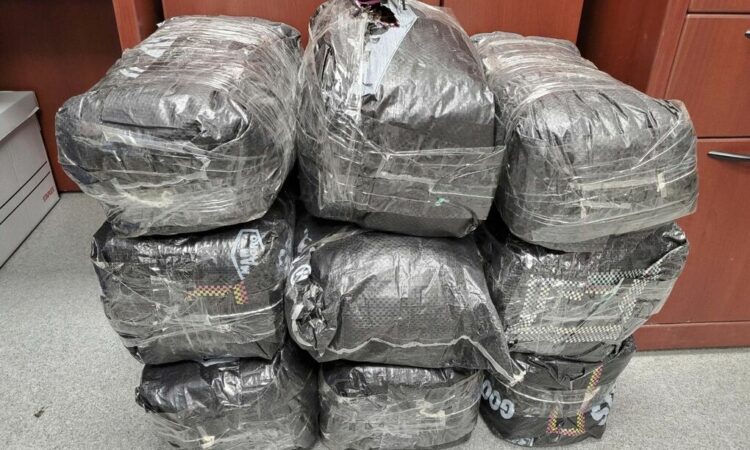 Mounties found 18.9 kilograms of cathine, also known as khat, when they stopped a semi trailer on the Trans-Canada Highway in the Rural Municipality of Reynolds, near Highway 11 on Nov. 15.

The plant is common in parts of Africa, where people chew its leaves to get a buzz. It’s illegal in Canada and uncommon in Manitoba; there have been seizures of it here, but so infrequently that Manitoba RCMP spokesman Sgt. Paul Manaigre acknowledged he, too, was unfamiliar with the drug until Wednesday.

This is likely the largest quantity Manitoba police have seized. Officers found it while checking the truck driver’s logbook. The required information provided about the commercial cargo was too generic, so officers conducted an inspection of the semi-trailer, Manaigre said.

The substance is sold in the U.S. for roughly US$1,000 per kilogram, so RCMP estimate this quantity could have a street value of $25,000, depending on demand in the area where it was destined to be sold. The truck was coming from Ontario, but RCMP don’t know where it was headed.

The 21-year-old driver from Winnipeg and 28-year-old passenger from Edmonton were arrested and released pending a February 28, 2022 court date in Winnipeg. Both men face a charge of possession for the purpose of trafficking.