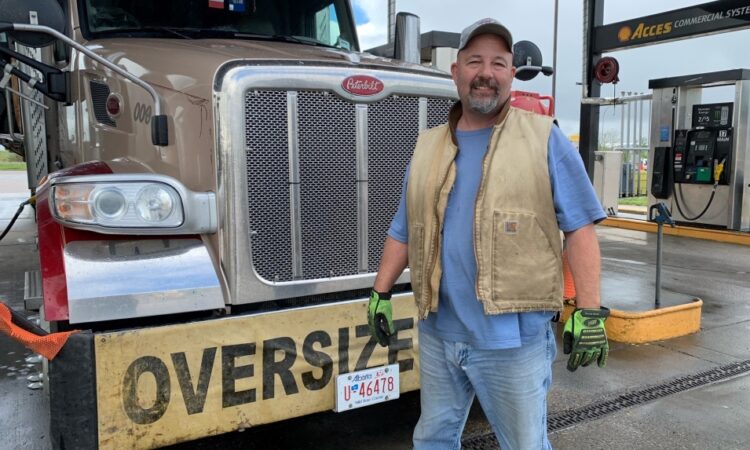 With the COVID-19 vaccination mandate for international air travellers coming to an end on Monday, many truck drivers are asking when cross-border land restrictions will be dropped.

“If you’re going to drop mandates, you drop it for everybody. It shouldn’t be pick-and-choose,” said long haul trucker Dave Hubscher.

Hubscher, who makes trips from Alberta to South Carolina, said he got vaccinated so he could keep his job.

Now, he feels truck drivers are being unfairly left out.

“We stood up for what we thought was right and what was fair and now everyone else can do their thing but we can’t,” he told CTV News.

The vaccination mandate at the Canada-U.S. border came into effect in January, causing a major backlash among trucking groups and trade associations and later inspiring the convoy protests that occupied downtown Ottawa for several weeks.

The mandate has also created headaches for some truckers on cross-border hauls, leaving some to avoid their regular routes altogether.

“I used to travel a lot to the U.S., but after all this COVID stuff was going on, I stopped travelling because it was too complicated,” said Sergii Kuzmenko, a truck driver who is vaccinated.

The Saskatchewan Trucking Association wants the Canadian and American governments to remove the mandate to help with supply chain issues and labour shortages.

“We’re short about 23,000 truck drivers right across the country. So, with these policies, it’s simply just making it a lot more difficult for trucking to attract the labour that we need,” said Jordan Ewart, manager of policy and government relations.

“At the end of the day, this is the last remaining mandate in place and it seems like a good time to have a conversation about it.”

Sylvain Charlebois, director of the Agri-Food Analytics Lab at Dalhousie University, said it’s hard to see the logic behind these mandates considering the issues facing the supply chain and economy.

“You want to eliminate any possibilities of delaying things or making supply chains less efficient right now because with less efficiency, you will push prices even higher and we all know that food inflation is an issue right now,” he said.

Omar Alghabra, Canada’s transportation minister, said Tuesday that the mandatory quarantine and testing rules at the border for those who are unvaccinated continue to be an important tool against the importation of the virus.

Alghabra also commended truckers for stepping up and getting vaccinated.

He added that the government will continue to assess measures, but could not provide a timeline on when land border rules might be eased.