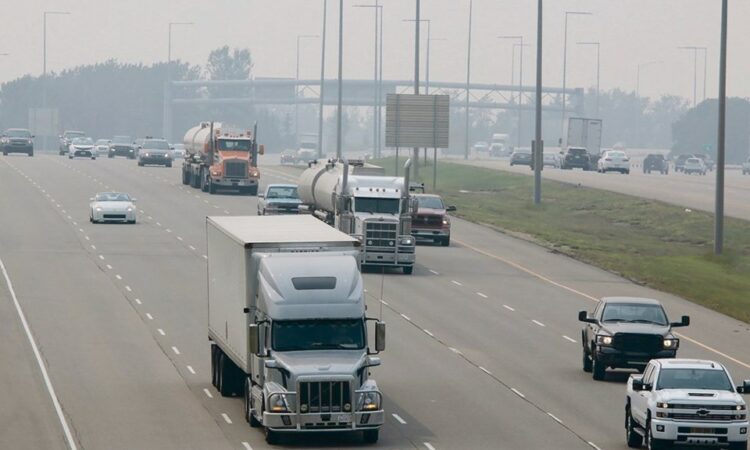 Celebrating Natonal Trucking Week. An editorial on the value of the industry.

During the past 2 1/2 years of the COVID-19 pandemic, many of us have come to recognize the value of a lot of sectors as essential.

One of them is the trucking industry.

Truckers are of an incredible value to Canadians. They get goods to market. They transport everything from fuel to food, clothes to electronics, cleaning supplies to stationery, and so much more.

In the spring of 2020, while so many of us were in lockdowns and confined to our homes, they were among those who were still out on the highways, delivering products to market. After all, there were still things that needed to be on store shelves and at businesses. We might not have been going out much but we still had needs.

And there was a tremendous groundswell in support for truck drivers. We saw it with hotels offering showers and free meals to truckers while they were out doing their jobs at a very uncertain time.

Now we’re into September and another Canadian Trucking Week. Most of us haven’t forgotten about the value of truckers. We still know they play a vital role. If we didn’t know that in September 2019, we know it now. We appreciate the long, hard hours they work. We know that long-haul drivers spend many days away from their families, and they miss many birthdays, anniversaries and other occasions.

We know that most of them are very well trained and very attentive to their duty. Yes, there are the rogue drivers and those who shouldn’t be on the road. Unfortunately, those are the ones who get attention on the national news.

They’re the ones whose actions show up on YouTube, rant and rave sites and other social media feeds. You don’t hear anyone talking about the truck driver who drove from Point A to Point B, did so in a courteous and professional manner, and never posed a threat to anyone at any time.

While someone is filming a truck driver travelling in a dangerous fashion, there are many more out on the roads doing their job the right way.

They’re out in adverse conditions. They might not be driving when there’s a blizzard rolling through, but they’ll drive in just about any other kind of weather. And when a blizzard does hit, they’ll pull over to the side of the road, waiting for the storm to pass, and hope that anyone crazy enough to venture on the highway won’t slam into their parked vehicle.

A good trucker takes care of their rig and hopes it will pass inspection.

Yeah, it can be frustrating when you’re stuck behind several big trucks travelling below the speed limit on a busy undivided highway. At that point, you wish they would just pull over. And many of us cringe if we are parked at a construction zone with a couple of semi-trailer units in front of us.

But that group of trucks is likely delivering something that we genuinely need.

It hasn’t been an easy time for the industry. We’ve seen a lot of truckers leave the profession for a variety of reasons and now a lot of companies are facing shortages. Technology is changing and we’ve been hearing talk of automated delivery trucks, although we’re likely still a ways away from that happening.

And while we welcome a higher price of oil because it’s good for the local economy, it increases the price of business for trucking companies.

We’re going to need our trucks to continue to sustain so many different industries.

We don’t often say thank you to our truckers enough. But they are part of an essential service and they play a vital role in our day-to-day lives.

Even if you don’t get a chance to thank one this week, at least reflect on the importance of the industry and say thanks.