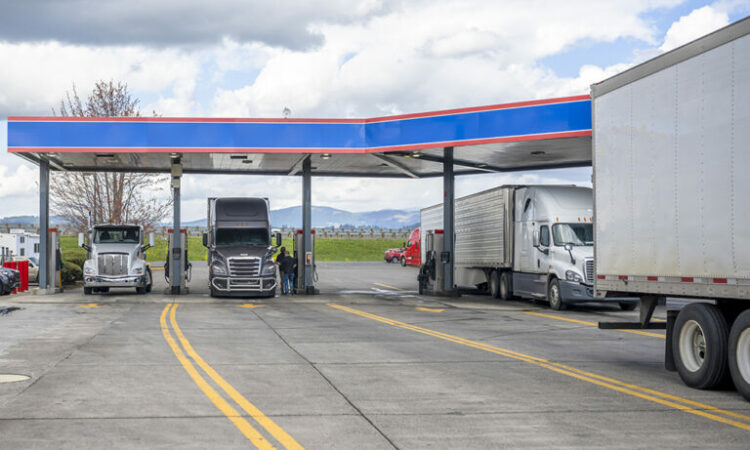 LITTLE ROCK, Ark. — The average price for a gallon of diesel fuel across the U.S. has dropped for the fourth consecutive week.

This news comes on the heels of devastating Hurrican Ian, which slammed in Florida’s western Gulf Coast on Wednesday, Sept. 27, and is currently moving through the Carolinas.

Some are afraid the storm will cause oil prices to rise again because many large oil platforms stationed in the Gulf of Mexico evacuated their crews ahead of the storm.

None of those rigs were damaged, however.

President Joe Biden on Wednesday warned oil and gas companies against increasing prices for consumers after the storm.

“Do not, let me repeat, do not use this as an excuse to raise (fuel) prices or gouge the American people,” Biden said at the start of a conference on hunger in America and just hours before the hurricane made landfall as a massive Category 4 storm.

According to the Energy Information Administration (EIA), the current average price for a gallon of diesel around the U.S. sits at $4.88, down from $4.96 last week.

Diesel has been decreasing in price since Aug. 29, when the average price sat at $5.11 per gallon, according to the EIA.

The highest price for diesel is along the west coast, where a gallon will set truckers back $6.16 on average in California.

The cheapest price is along the Gulf Coast at $4.62 per gallon on average.

Biden said that the hurricane “provides no excuse for price increases at the pump” and if it happens, he will ask federal officials to determine ”whether price gauging is going on.”

“America is watching. The industry should do the right thing,” Biden added.

Many energy analysts believe prices are more likely to rise than fall in the next few months. But changes in sentiment about the economy, Russia’s war against Ukraine, and even hurricane season — always a threat to disrupt refineries along the Gulf Coast — make predictions uncertain.

A spokeswoman for the American Petroleum Institute, an oil industry group, said the industry is focused on “delivering fuels where they are needed most while ensuring the safety of our workforce’’ during the hurricane.

“Gasoline prices are determined by market forces -– not individual companies — and claims that the price at the pump is anything but a function of supply and demand are false,” spokeswoman Andrea Woods said.

Meanwhile, Love’s and TravelCenters of America (TA) have announced multiple closures due to the hurricane.

According to a news release, the TA locations that are currently closed are located in Tampa, Wildwood and Ocala — all in Florida.