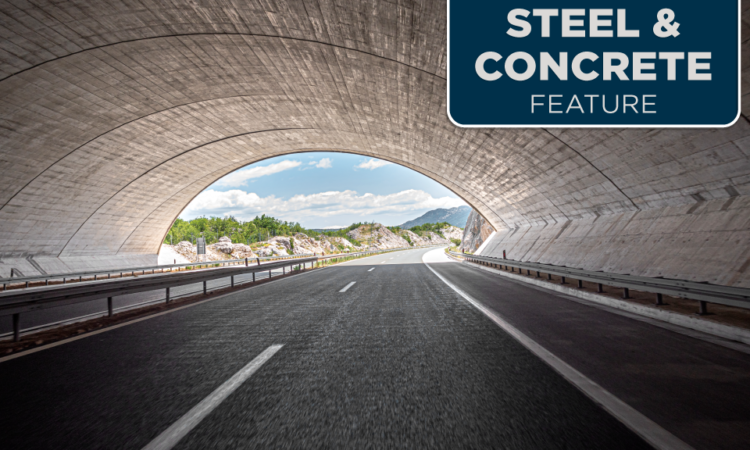 Concrete is the most widely used building material on the planet, second only to water. It is found in bridges and buildings, hydro dams and hospitals, schools, sidewalks, and subways. However, production of cement and concrete products is also one of the largest sources of carbon emissions.

The Cement Association of Canada (CAC) is taking aim at the problem and will be releasing a roadmap to net-zero this fall. It will be the cement and concrete industry’s action plan to produce net-zero concrete by 2050 and will include significant milestones, such as cutting carbon emissions up to 40 per cent by 2030.

The Global Cement and Concrete Association released its blueprint last October. The Canadian blueprint will be unique to this country and set out the milestones and levers needed to get to the goal of net-zero.

“The roadmap will really be focused on how the industry, both the concrete and cement side of the industry, can work collaboratively with government and all of the policy and other levers that it has, to help overcome challenges and barriers to net-zero and create a policy, regulatory and market landscape, that pulls us toward that goal,” explains CAD president and CEO Adam Auer.

The Canadian blueprint will highlight the cement and concrete industry’s significant acceleration of decarbonization measures and look at the important contributions required from designers, contractors, developers, and clients in the use of concrete in the built environment.

Meanwhile, the roadmap will also articulate the policy, investment and other supports needed from governments at the federal, provincial, and local levels to be successful.

The roadmap will be updated every five years to reflect new technologies and the progress that is being made. It will reflect synergies with other plans around the world as the same type of analytical architecture is being used to look at the five Cs which are clinker, cement, concrete, construction, and carbonation.

“What will make it unique though is that every region has got strengths and weaknesses in terms of the different levers,” says Auer.

To plot the course, CAC convened a group of experts from within the cement and concrete industry, and government and technology companies that are working in the cement and concrete space, as well as thought leaders from the green building movement and infrastructure. They came up with a high-level scan of what a collaboration and roadmap would look like. The report from the group is now almost completed.

Auer says the document will specifically address low-carbon procurement, how to accelerate the adoption of low-carbon specs and get market recognition and acceptance of those technologies. It will also examine research and development gaps, look at how to accelerate the codes and standards process, and how to make sure that, in the context of all the physical supports that government has put in place for industrial decarbonization, that the cement and concrete industry is targeting the right kinds of projects in the sector.

“We obviously have not been sitting on our hands,” says Auer. “There’s a lot of work already been done but this roadmap sort of maps the beginning of a new journey.”

Indeed, there are some notable projects already under way in the Canadian industry. Lafarge Canada, for example, has been converting general use (GU) cement to OneCem in plants across Ontario, Quebec, and Nova Scotia. OneCem is reduced-carbon Portland limestone cement, a sustainable product that presents significantly less CO2 emissions while providing the same performance and durability.

The company recently converted its Bath Cement Plan near Kingston to OneCem. The product contributes to lowering the industry’s carbon footprint during the manufacturing process. While cement typically represents only 11 per cent of a concrete mix, it can account for more than 80 per cent of all energy required to produce concrete.

“At the Bath Plant, we are excited to increase our OneCem production and to provide our customers with this sustainable product, so that every project they build with our product can have a smaller carbon footprint,” says Ignacio Arroyo, manager at the plant.

At a plant in Edmonton, meanwhile, Lehigh Cement is developing North America’s first full-scale carbon capture, utilization, and storage (CCUS) solution. The goal is to capture about 780,000 tonnes of CO2 annually. Captured emissions will be transported via pipeline and permanently sequestered by Enbridge at an open-access carbon hub in the west of Edmonton.

The project could be in service as early as 2025 and will be among the largest integrated CCUS projects in the world.

Auer says there has been a real maturing of what industrial decarbonization looks like in Canada and the industry recognizes that it is a challenging issue to tackle and everyone has to be working together to succeed.

“We feel like there’s a really maturing understanding of what industrial decarbonization looks like in Canada and we want to be the model industry and show the rest of the sectors and the rest of the world how it can be done.”