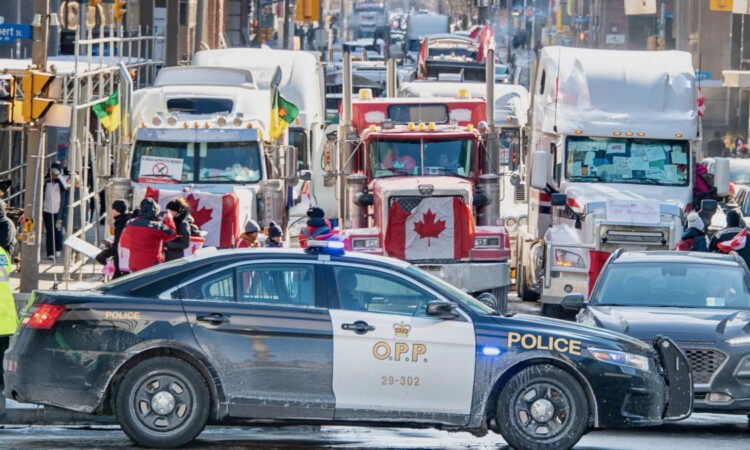 Unifor, Canada’s largest labor union, said the proposal by the National Supply Chain Task Force to “develop a new collaborative labor relations paradigm that would reduce the likelihood of strikes” is an attempt to diminish workers’ basic rights.

“It is wholly unacceptable for the task force to have considered ‘labor disputes’ as events requiring risk-mitigation strategies,” wrote Unifor National President Lana Payne in an open letter to Canadian Minister of Transport Omar Alghabra. “Limiting worker power by curtailing the rights of workers to strike would contribute to the erosion of job quality, destabilizing the transportation supply chain further — the opposite of what the task force was set up to accomplish.”

Unifor represents about 315,000 workers in Canada in every major area of the economy.

A spokesperson from Canada’s Office of the Minister of Transport said the government supports workers’ rights.

“Let there be no confusion: our government remains committed to protecting workers’ rights, and free and fair collective bargaining,” the agency said in an email to FreightWaves. “The way to ensure resilient supply chains is through collaboration with workers.”

The agency also told FreightWaves that the supply chain task force made independent recommendations to the Canadian government.

“Workers in this country have the right to strike and employers have the right to lock out their employees — that’s protected in the Canada Labor Code. The task force made independent recommendations to our government to strengthen our supply chains, and we are grateful for their work,” said the Office of the Minister of Transport.

Alghabra organized the National Supply Chain Task Force in March to consult with the transportation and infrastructure industries, along with the country’s trade associations and experts to make recommendations to strengthen Canada’s supply chain.

Concerning labor relations, the task force’s final report stated: “Even the threat of strikes or lockouts negatively affects the operation of the national transportation supply chain and, in turn, Canada’s reputation as a destination of choice for doing business. The Minister of Labor should urgently convene a council of experts to develop a new collaborative labor relations paradigm that would reduce the likelihood of strikes, threat of strikes, or lockouts that risk the operation or fluidity of the national transportation supply chain.”

“A stable, secure, and skilled workforce must stand atop the list of priorities for anyone looking to solidify supply chains,” she wrote. “Sadly, job quality is noticeably absent from the list of action items in the task force’s final report.”

The next step for the Canadian government is to develop a national supply chain strategy based on the task force’s recommendations.

The Canadian Trucking Alliance (CTA), one of the stakeholders involved in the task force discussions, has been more receptive of the trucking industry recommendations outlined in the report.

“Several of the recommendations reflect what the CTA has been calling for to relieve stress and improve [the movement of goods] for the Canadian supply chain, which has been grappling with an acute driver shortage, service disruptions and inflationary pressures since the pandemic began,” CTA said in a news release.