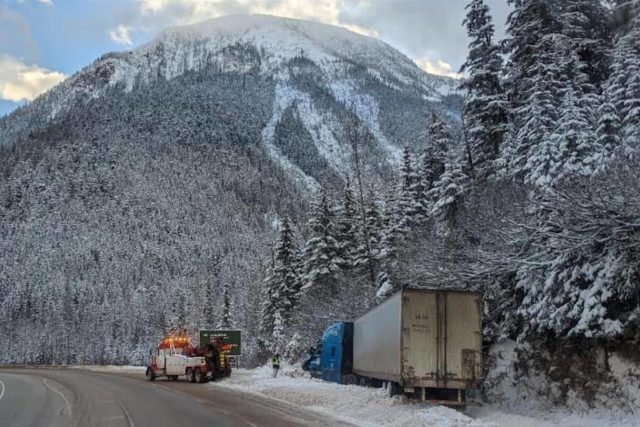 A truck has gone off the road in Rogers Pass amidst a warning from DriveBC to watch for slippery roads in the area.

According to DriveBC, travellers should watch for slippery conditions on the stretch of Highway 1 in the pass between Glacier National Park West Boundary and Quartz Creek Bridge for approximately 57 km.

A Pacific frontal system is expected to sweep over the Interior on Friday. Environment Canada says heavy snow from the system will begin in the morning over Eagle Pass to Rogers Pass, and spread to the Paulson Summit to Kootenay Pass in the afternoon. The snow will taper off to a few flurries early in the evening as the front moves southward away from the region.