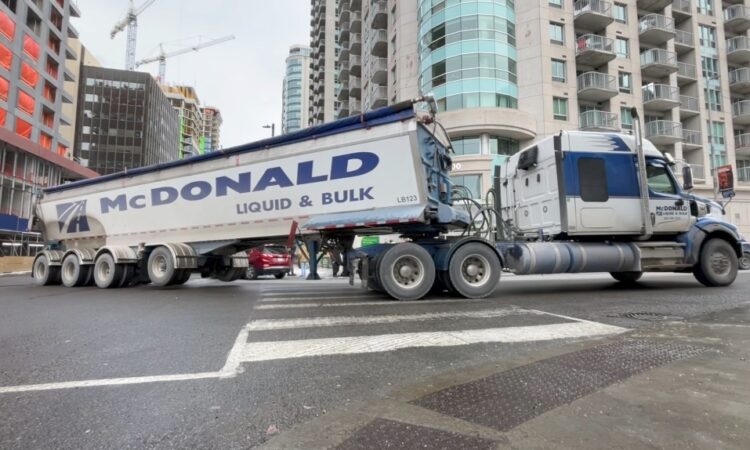 Residents of downtown Ottawa are once again calling for the elimination of a major trucking corridor, citing concerns about air pollution and its impact on public health.

Natasha Bakht, a resident of Cumberland Street, which is located near a truck route in the heart of the city, says the fumes from passing trucks have made her sick.

“I am pretty sensitive to exhaust fumes and I find that when I’m walking down Rideau Street, if I take a big inhale, I’ll often feel sick,” Bakht said.

For years, residents have complained about the transport truck corridor that cuts through Sandy Hill and Lowertown. Hundreds of trucks travel along Rideau Street and King Edward Avenue every day.

Ecojustice Canada, an environmental law charity, is now attempting to use the Canadian Human Rights Code to stop the trucks.

“The Constitution guarantees every Canadian’s right to life, liberty and security of the person. And it can be violated when a government knowingly creates a serious threat to public health as they’re doing in this case,” said Collins.

Stéphanie Plante, the new councillor for the area, agrees that something needs to be done to address the issue, but stressed that the truckers must be included in the decision-making process.

“I definitely think truckers should be part of the conversation because that’s absolutely a voice that’s missing. All we’re hearing right now is experts,” Plante said.

For Bakht and her son, like most downtown residents, they just want peace, quiet, and clean air.

“It’s a strange thing to have in a downtown capital that we want to be beautiful, we want to attract tourists,” Bakht said.