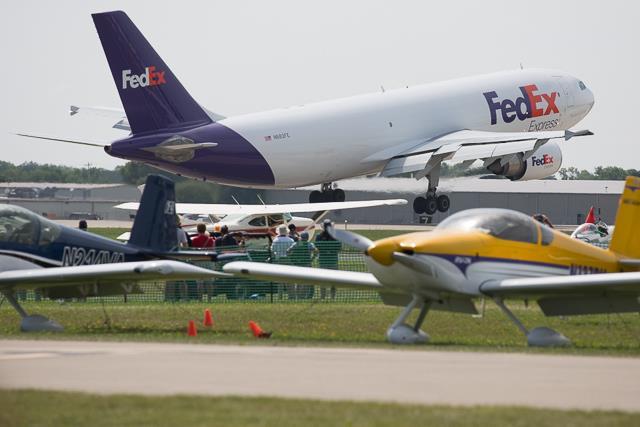 A battery fire inside a FedEx truck in 2016 has led the National Transportation Safety Board (NTSB) to recommend tighter regulation of some lithium-ion batteries.

The NTSB released recommendations on 8 June stemming from the 2016 fire, which ignited while the truck’s driver was delivering packages in Ontario, Canada. The fire destroyed the truck and its contents.

“The NTSB concludes that had the thermal runaway event occurred on an airplane, the event could have resulted in significant damage to, or the loss of the airplane,” says the NTSB’s Safety Recommendation Report.

“Through international cooperation with Canadian authorities, we’ve uncovered a safety gap in how certain lithium-ion batteries are allowed to be transported,” says NTSB’s director of hazardous materials investigations Robert Hall.

The NTSB is asking the Department of Transportation’s Pipeline and Hazardous Materials Safety Administration to ask ICAO to remove a special exemption that permits low-production or prototype lithium-ion batteries to be exempted from the more rigorous tests.

US regulators must make the request to ICAO because US law prohibits US standards from being more stringent than ICAO standards.

ICAO generally requires lithium-ion batteries, prior to being transported by air, be tested for their response to vibrations, overcharging, short circuiting and varying pressures and temperatures.

But exempted low-production and prototype lithium-ion batteries need only pass a short-circuit test.

Braille Battery, which made the batteries that ignited the FedEx truck, did not actually apply for the exemption. Therefore, those batteries were subject to the more-complete tests, but Braille could not prove that the batteries had undergone the tests. Investigators also faulted the company for shipping the batteries in combustible packaging, which violated separate US regulations.

But the NTSB says the Braille batteries could have met the standard for the “low-production or prototype” testing exemption. It says the less-stringent short-circuit test might not have identified the fault that caused the fire.

The NTSB identified a separate, similar incident in which batteries caught fire in 2004 prior to being loaded on a FedEx aircraft in Memphis.

ICAO deferred comment about the NTSB’s report to the FAA. But, ICAO says any change to its standards would need to come at the “discretion of the other 192 countries” that cooperate through the organisation.

“Aviation functions internationally on the basis of a longstanding and very effective system of diplomatic and technical consensus which governments count on us to support,” ICAO says.

The FAA’s Pipeline and Hazardous Materials Safety Administration says it will “review the [NTSB’s] recommendations and respond appropriately”.

“Safety is the department’s top priority,” it adds.