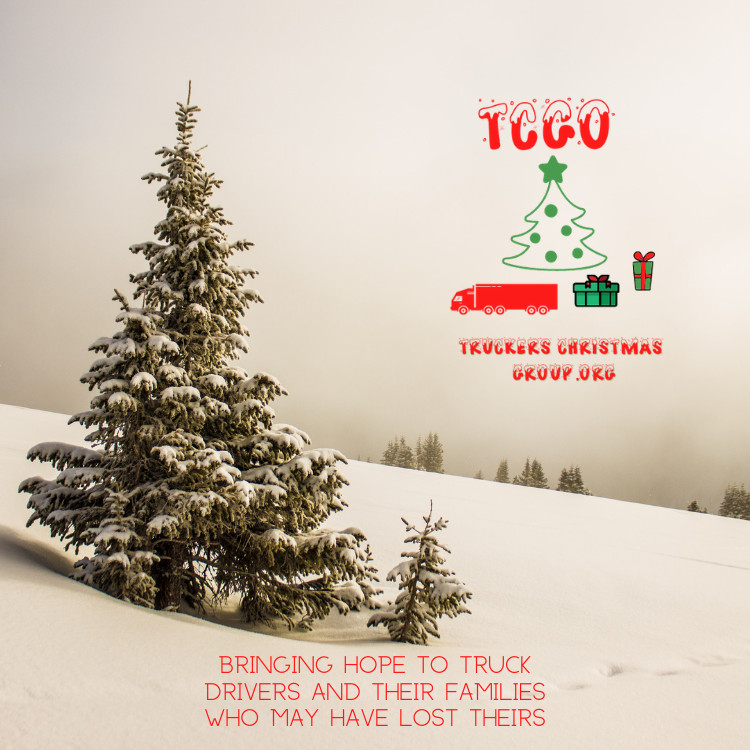 “Truckers are a proud bunch and don’t like to ask for help.”

The mission of the Truckers Christmas Group Organization (TCGO) is to provide some financial assistance to deserving truck drivers and their families who have fallen on hard times because of a catastrophic event at Christmas.

Almost 90% of the applications TCGO, a 501(c)(3), has received this year are from truckers sidelined from driving because of cancer or other severe health concerns.

Truck drivers in the U.S. and Canada can apply for a $500 grant through TCGO. People can also anonymously nominate drivers in dire straits.

“Truck drivers are often the first to respond to accidents, natural disasters and help raise funds for their local communities,” Tom Kyrk, public relations coordinator for TCGO, told FreightWaves. “Yet when a driver or their family falls on hard times due to a health issue or severe crash, where’s everyone to help these truck drivers?”

He said the selected families would receive $500 to pay bills, buy Christmas presents for their children, stock up on food, or whatever their immediate needs are at the moment.

TCGO is a volunteer organization run by truckers or supporters who have a passion for the industry.

The core group that handles the day-to-day operations are truck drivers, who run the charity from their trucks’ cabs.

The charity will accept applications for trucking families in need until Dec. 5. Applicants must be truck drivers to qualify for assistance. Donations will be accepted throughout December.

Kyrk said TCGO plans to disperse the funds starting on Dec. 16 to qualifying families in time for Christmas.

Since its founding, the organization has raised $105,000 and helped 183 trucking families in need over the last 12 years.

“Our goal is to make sure we have enough money coming in to help all of the families that apply and qualify,” he said.

Spreading hope during the holidays

Truck drivers are a proud bunch and don’t like to admit when they need help, Kyrk said.

One of his group’s biggest challenges is convincing drivers to fill out an application for assistance.

“We’ve talked to quite a few truckers and their families who may qualify, but they’re like, ‘well, I know there are other families that have it worse than us right now. We don’t want to take anything away from them.”

Kyrk said this is a common theme among truck drivers who have lost nearly everything but still put others’ needs first.

The family of a terminally ill truck driver TCGO helped in 2019 reached out to Kyrk recently, offering to volunteer this year to “give back.”

“His family described him as the type of guy who would give you the shirt off his back, always active in fundraising and various charities,” Kyrk said.

Unfortunately, because of this driver’s illness, he wasn’t able to continue driving and pretty much lost everything. The loss of income and mounting medical bills left the dying truck driver without the financial means to buy Christmas presents for his family, Kyrk said.

Kyrk said the driver knew this was likely his last Christmas, but he wanted to leave his family with some positive memories of their last Christmas together.

“The money TCGO gave the driver allowed him to do something for his family, to create family memories that could help get them through the dark times ahead,” Kyrk said.

The driver died soon after Christmas.

“A lot of these families have lost hope, but we can give them a ray of hope and show them that, ‘Hey, your brother and sister truck drivers still care about you,” Kyrk said.

TCGO’s goal in 2020 was to network with many different businesses and expand its corporate donor opportunities at the major truck shows.

However, the pandemic forced all of the major truck shows to cancel in 2020. Most have already called off truck shows for 2021.

“We had tentative meetings set up with various executives of some companies, but COVID pretty much killed those plans,” Kyrk said.

The group has contacted potential donors through emails and telephone calls. However, Kyrk said charities like his “lose a personal connection and relationship-building that you develop with people at truck shows.”

“Even some of our most generous supporters had to cut back some compared to previous years because they are dealing with financial difficulties themselves,” he said.

The group consists of volunteers who work tirelessly to vet applicants and fundraise throughout the holiday season to ensure it can help all of the families on its list. TCGO is always looking for more volunteers to help out.

The charity has a store on its website where people can purchase items with 100% of the proceeds going directly to help TCGO families. Other donors give the group a percentage from the sale of items sold on the store’s website “to help TCGO maintain a more continual revenue stream throughout the year.”

Some supporters donate crafts the organization sells on its site. All of the proceeds go to help the families.

“Christmas should be a happy time, a time for hope,” Kyrk said. “Some of these families are going through some dark times, so maybe we can give them a little ray of hope.”