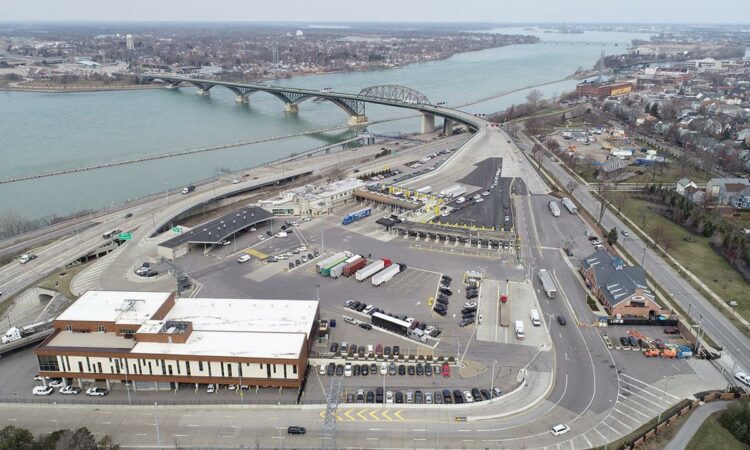 If you look at the bright side, motorists crossing the region’s four international bridges no longer complain about long traffic jams while entering the United States and Canada.

But that’s because hardly any passenger vehicles have crossed the Niagara River for more than 10 months following border closures to contain the spread of Covid-19. And when Canadian Prime Minister Justin Trudeau last week quashed hopes of resuming cross-border travel anytime soon, fears remain that drastic reductions in the international traffic that sustains the bridges and fuels a significant border economy could continue well into 2021.

“Clearly, this is unprecedented,” said Peace Bridge Authority General Manager Ron Rienas. “No one could have predicted anything like this a year ago.”

And Kenneth Bieger, CEO of the Niagara Falls Bridge Commission, said he hopes that at least talk of discussions between Washington and Ottawa, along with development of a Covid-19 vaccine, will hasten reopening.

“There could be a more practical approach with the new Biden administration that may open these avenues quicker,” he said.

The latest numbers from the two local bridge authorities and bridge and tunnel operators across the northern border tell the story:

• Since the border closed to all nonessential travel (except trucks) on March 21, passenger vehicle totals on the Peace Bridge have declined almost 93% compared to the same period last year, while bus traffic has essentially ended. Truck traffic, however, has declined only about 7%.

• At the Niagara Falls crossings, Bieger said car traffic is down 94%, though truck crossings have actually increased slightly from the same period last year.

• Including pre-pandemic statistics from early 2020, total traffic has declined on other New York State crossings too – down 48% on the Thousand Islands Bridge; 67% on the Ogdensburg Bridge.

• The drastic decline in passenger traffic is especially reflected at the Rainbow Bridge in Niagara Falls, which does not handle trucks. Its numbers for 2020 compared to 2019 show an 84% drop (including almost three months of pre-pandemic traffic).

Bridge and tunnel operators across the northern border have been hit hard not only in the loss of tolls, but significant revenues from duty-free shops that stem mainly from cars.

“Overall, the reduction in traffic has had an effect on toll and duty-free revenue by about one-third,” Rienas said.

Commercial traffic in the form of trucks, however, has at least partially saved the day. Rienas explained that commercial trucks have traditionally accounted for 65% to 70% of Peace Bridge revenues, and they have kept rolling with only a slight decline.

“Fortunately, the trucks are still running,” he said.

Beiger added the steady flow of trucks points to a relatively healthy economy in both countries that continues to ship goods across the border. He also said that the commission pondered closing the Rainbow Bridge connecting Niagara Falls, N.Y., with Niagara Falls, Ont., since it carries only private vehicles and no trucks.

“The Rainbow would have been the first to close, but we decided to wait it out month by month with the hope that it will open in a bit,” he said.

For decades, the steady flow of toll-paying vehicles crossing the Peace Bridge have filled healthy reserve accounts, Rienas said, allowing his authority to borrow at favorable rates and finance big-ticket projects like the just-finished, $100 million project to replace the span’s original 1927 deck.

The authority can continue to dip into its reserves, Rienas said, but has also taken a number of austerity measures to offset its declining revenues. They have included a 30% reduction its usual staff of 90 to 95 employees, a pause in hiring summer toll collectors (because of the decline in traffic), and deferred capital projects.

“Any capital project we are not contractually committed to we have deferred,” he said, explaining no major projects are currently slated.

At some point, Rienas said the authority will tackle a major reconfiguration of its Buffalo plaza, but property purchases and major planning put such a project several years in the future.

Ditto for the Niagara Falls bridges. Beiger said the $91 million reconfiguration of the U.S. plaza at the Lewiston-Queenston Bridge continues because it is fully funded. But he noted that several lesser improvements are delayed, though no layoffs have occurred.

“We have obviously kept things tight,” he said.

Beiger said that though closure orders now stretch until at least Feb. 21, he hopes fresh thinking in Washington will result in some reopening of the border, even if in phases.

“It makes sense,” he said. “At the end of the day is there really that much difference between the U.S. and Canada than, say, New York and Pennsylvania? I’m surprised there has not been that much pushback to that logic.”

Beiger also predicted an eventual reopening, though it remains difficult exactly when.

“It’s going to open,” he said of the border. “The question is whether April 1, June 1 or August or September.”