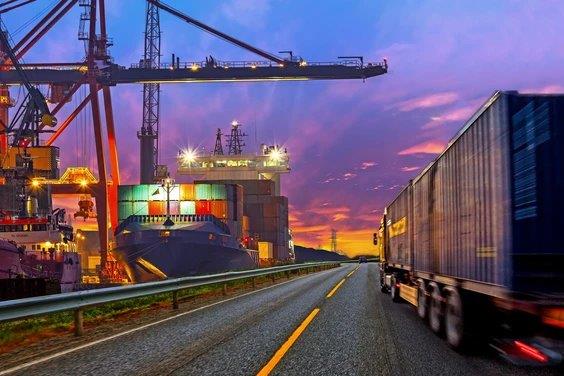 How federal policy could affect the transportation sector and consumers

Feeling some pain at the pump these days? You’re not alone. The price of gasoline has skyrocketed across Canada over the past year.

In Vancouver and Toronto, the price of a litre of unleaded gasoline has risen by nearly 60 per cent since April 2020; in Calgary, it has practically doubled. Of course, there is some good news behind those increases: energy prices are rising in large part because the global economy is rounding the corner on COVID-19. Yet, in Canada at least, another factor is at play.

On April 1, the federal government raised its carbon price by $10, to $40 a tonne, which translated into a 2.2-cent-per-litre price increase for gasoline in provinces where the federal levy applies. (Other provinces have their own carbon pricing schemes that must meet or exceed the federal standard.) And that charge will only go up in years to come. By 2030, when the federal carbon price maxes out at $170 a tonne, Canadians will be paying around 40 cents of carbon tax for every litre of gasoline they pump.

In short, transportation will be getting more expensive for Canadians in the not-so-roaring 2020s, which is precisely the point of the carbon taxation. Faced with higher fuel costs, more consumers should consider more fuel-efficient vehicles or other ways of getting around — mass transit, car pooling, bicycling or maybe just staying put more. But, what if your job is getting around? Because if consumers are fretting about paying more at the pump these days, they might spare a moment to consider how Canada’s 300,000-plus truck drivers feel. After all, they drive more kilometres and burn more fuel than most other Canadians do — a lot more.

A typical long-haul truck can put in 230,000 km a year (compared with the average passenger vehicle drive of 15,000 km a year), which at average fuel efficiencies translates into 88,000 litres of diesel annually. At 10.7 cents a litre, the carbon tax on diesel is higher than on gasoline and will comprise about $9,500 in operating costs per truck this year; next year, when the carbon tax will go up again, the carbon price tag could hit nearly $12,000 per truck. In fact, the Canadian Trucking Alliance (CTA) estimates the trucking industry will be paying nearly $3.2 billion in carbon charges in 2022, with that amount rising every year through 2030.

In the era of climate change action, transportation is clearly one of the prime targets for carbon reduction. In 2019, the transport sector accounted for about 25 per cent of Canada’s greenhouse gas emissions, second only to the oil-and-gas sector. Passenger cars and light trucks emitted 88.5 megatonnes of CO2-equivalent that year, just less than half of the sector’s 185-megatonne total. (Interestingly, emissions from passenger cars have declined by more than 20 per cent since 1990, but Canadians’ 21st-century love affair with SUVs and pickups has nearly doubled emissions from light passenger trucks in the same period.) Meanwhile, heavy freight trucks emitted about 65 megatonnes of CO2-equivalent in 2019 — more than one-third of the transportation sector’s total, and much more than rail, aviation and marine freight combined (13.3 megatonnes). Over the past 30 years, GHG emissions from heavy trucks have more than tripled. On the face of it, then, disincentivizing such a large emitter’s fuel consumption through a carbon tax seems to make a lot of sense.

But not to everybody. As the Canadian Trucking Alliance points out, trucking fleets already have a strong incentive to limit fuel consumption, because diesel is a huge operating expense. As well, the industry faces compliance with carbon-reduction regulations from Environment Canada, which will lower emissions by about 10 per cent (six megatonnes), at a cost to the trucking sector of more than $8 billion in capital investment, according to the industry organization. “These facts leave many CTA members questioning the policy rationale of a carbon charge on diesel,” chair Scott Smith said in a 2019 statement.

It is not as if truckers can reasonably be expected to cut emissions simply by driving less, as many other Canadians could (theoretically) do. When truckers drive more and burn more diesel, it’s largely in response to increasing demand from shippers and, ultimately, consumers. Operating ratios in the trucking industry are high, meaning margins are low, and in combination with having to invest in new equipment, that means truckers will not simply absorb the added costs that come with the carbon tax. Instead, they will pass the tax along to consumers, who will pay higher prices for food, clothing, appliances — whatever they buy that needs to be trucked over long distances. So, if the carbon tax on freight is to be effective in reducing emissions, its impact must in some way include changes in consumer buying behaviour.

A more direct fix is emissions-reducing innovation. For trucking, non-diesel forms of power — electric, hybrid and hydrogen engines, for example — are in varying stages of development. Several large truck manufacturers, such as Volvo and Peterbilt, have developed electric trucks, and the Tesla Semi is reportedly ready for production; meanwhile, Toyota, Daimler and GM, among others, are working on trucks powered by hydrogen fuel cells. Given the power and distance requirements of the industry, however, not to mention the capital outlay to buy a zero-emission vehicle (ZEV), each of the alternative technologies comes with significant challenges.

As a result, diesel is still in trucking’s foreseeable future, and regulators have turned their attention to cleaner forms of it. Along with several provincial initiatives, the federal Clean Fuel Standard requires a 13 per cent reduction in the carbon intensity of diesel, gasoline and home heating oil from 2016 levels by 2030. The government has committed more than $1.5 billion toward its low-carbon and zero-emissions fuels fund, which is designed to support production and adoption of hydrogen and biofuels. (Truckers have their own concerns about biodiesel and its potential costs.) In the 2021 budget, Ottawa pledged more than $100 million to Environment and Climate Change Canada to strengthen greenhouse-gas emissions regulations in transportation, as well as a big tax break for zero-emission vehicle manufacturers. Yet, the budget did not give the trucking industry a break on the carbon tax, or a pledge to return some of the tax revenue to help truckers invest in cleaner technology — something the Canadian Trucking Alliance has long advocated for.

nnovation in zero-emission vehicle technology might someday solve trucking’s carbon problem, but that could be 10 or 15 years away, perhaps longer. If Canada is to meet its 2030 target to reduce greenhouse gas emissions by as much as 45 per cent, then the carbon tax will have to carry its share of the load in making the transportation sector cleaner. It might encourage fleet managers to purchase more fuel-efficient trucks, but that’s something emissions regulation, as well as economic fundamentals, encourage anyway. If, however, the tax is simply passed down the supply chain, then it will lower emissions from trucking only by lowering demand for trucking, ultimately from consumers. So, here’s a question: How big does the carbon tax have to be to get Canadians to buy that local apple instead of those juicy strawberries trucked in from California?

This story was created by Content Works, Postmedia’s commercial content division, on behalf of Postmedia and Pundit Media.